In the summer of 1942, the U.S. Corp of Engineers and their equipment were dispatched to rails end in Alberta, 460 km north of Edmonton. From there, they were barged almost 1,770 km to the town of Norman Wells. On the other side of the McKenzie, Camp Canol was set up on an oil field that has some of the world’s finest oil, oil so pure it flowed through pipes in the lowest arctic temperatures.

Along with the Corp of Engineers, 25,000 workers toiled through extreme conditions. Massive cost over runs and missed deadlines came as a result of workers not having heavy winter clothing. Much of the building materials shipped in were burnt just to keep the workers warm. After two years of construction, a 10 cm diameter pipe stretched the entire 925 km from the Canol oil fields to the refinery in Whitehorse.

In April 1944 the taps were opened and 3,000 barrels of fine crude flowed per day. However, poor workmanship meant the pipes were constantly breaking, resulting in several oil spills. Then, one year after the opening of the line, the entire project was abandoned as the Japanese were on the cusp of surrender. A salvage team was sent in to dismantle the pipeline and bridges, closing the north road off to the public. The south Canol road is still in use today as Highway #6 linking Ross River with Johnsons Crossing on the Alaskan Highway. From Ross River to the NWT border the north Canol is still used by mines near the border, but is not well maintained. From the NWT border, the road rises into the MacMillan pass and has been decommissioned since the forties.

South Canol Road printable .PDF originally produced by Yukon government department of Tourism and Culture showing maps and features to look for along the road. 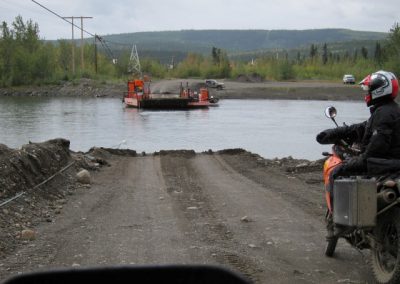 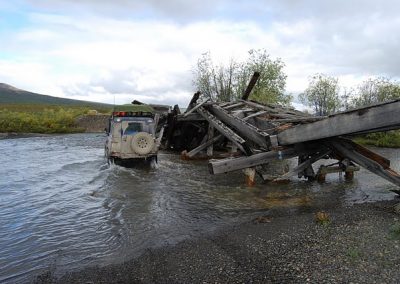 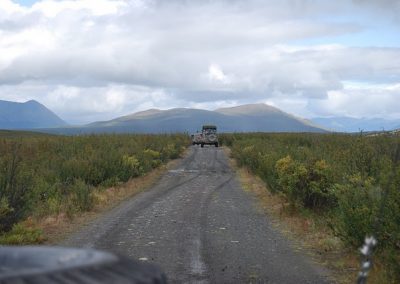 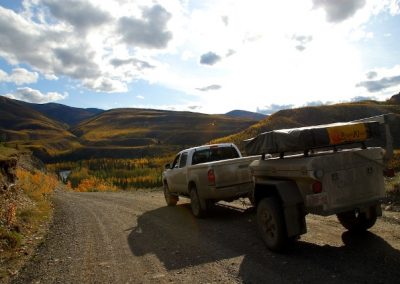 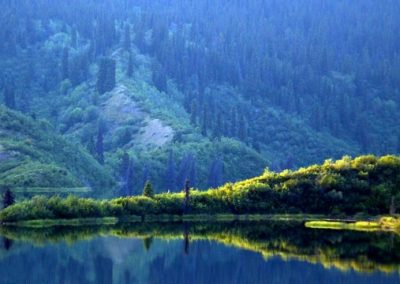 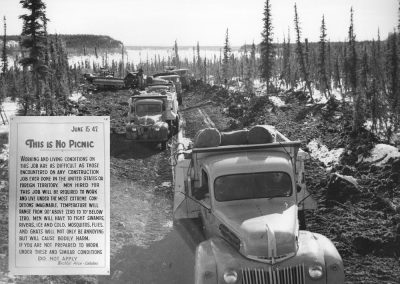 SOMETHING A LITTLE SERIOUS

We enjoyed our time driving along the south Canol road. We receive regular updates on the conditions of the road and we can help you with planning your trip. Please contact us if you are planning on taking the Canol Road from our location at Johnson’s Crossing Lodge. We can make sure that you get on the right road and that you are supplied with any last minute provisions that would be required to reach the next fuel stop.

There isn’t any cell phone service along the Canol Road. If there is an emergency, the best source of help would be through the use of a HAM radio. Please see the YARA homepage for local Yukon repeaters: https://www.yara.ca/

An alternate to HAM-radio would be satellite phone. SPOT ( www.findmespot.com ) is a highly recommended service. Another great service is through DeLorme, their inReach systems.

SOMETHING A LITTLE FUN.

There was a song written about the Canol road by Stan Rogers, a Canadian folk-singer born in Ontario who died in a plane incident with 22 others at the young age of 33. This is just one of his many songs.
If you enjoy this, there are many more on YouTube that you would also love.